Young Berkshire pigs at the trough.

Young black and white Berkshire pigs feeding at the trough. Berkshire hogs are a heritage breed, the livestock equivalent of heirloom tomatoes. Prized for its richness and depth of flavor, Berkshire pork is widely considered to be the Kobe beef of the pork world. A study conducted by the US National Pork Producers Council concluded that Berkshire pigs top all other breeds in such categories as meat marbling, moisture, and tenderness.
They were named for the region in England where they were discovered by Oliver Cromwell's army more than 300 years ago. Berkshires are also called Kurobuta in Japan, where they are very prized. 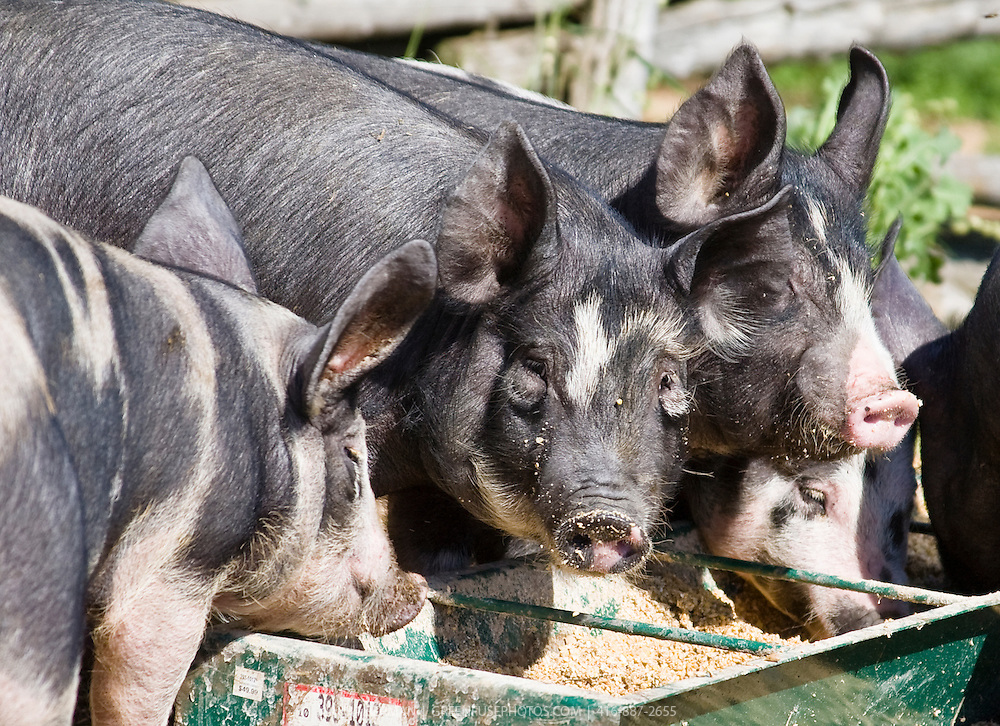